Resources Case Studies Russia 2018 World Cup: ITS can win it 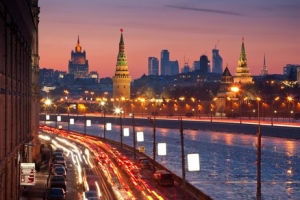 Teams and supporters will cover vast distances in Russia for the 2018 FIFA World Cup. Stephane Clauss from Sony Europe’s Image Sensing Solutions division examines how the latest camera technologies can be deployed to help things run smoothly over the next month or so...

For one month, from June 14, Russia is hosting the 2018 FIFA World Cup. This is the largest country in the world and the distances between venues will be larger than at almost any other World Cup - bar the finals in the US and Brazil. Sweden, for example, will travel 2,700km from Sochi in the south to Yekaterinburg in the Urals: roughly the same as Stockholm to Barcelona - or London to Moscow.

Alongside the footballers and fans will be the coaching staff, a hoard of logistics teams, and many thousands of volunteer marshals. At any major event of this nature, managing the transport network is vital. Given the scale involved this will only be more significant this year. If we look back to Brazil 2014, the average crowd attending a match was 53,600; across the 64 games 3.43 million attended; and that’s before you take into account the 5.15 million who went to ‘fan zones’ to watch the matches on big screens - with nearly one million attending the Copacabana beach Fan Fest alone.

In short, an influx that would ordinarily overwhelm any transport network is set to hit Russia.

First off, major events cause major issues for locals - who aren’t going to the matches, but have to cope with the slowed commutes and influx of people. Every year in Paris, parts of the city shut down for the Tour de France. Similarly, the queues for Silverstone on the British Grand Prix weekend stretch back miles. The same can be said for virtually any major music or sporting event and one of the biggest complaints with such events is the disruption they cause to daily life. Moscow already is, according to CNN, the world’s fifth worst city for traffic overall, so keeping disruption to a minimum will be critical.

This can be expensive, but Bluetooth can be combined to lower the cost and run it on a larger number of routes across a city or motorway network. Bluetooth is now integrated into the overwhelming majority of new cars and emits a unique identifier. And while less accurate than ANPR - Bluetooth sensing on its own drops the detection rate to approximately 70% - it can be combined with ANPR for confirmation at key junctions, enabling a very accurate picture across even the smaller roads - directing locals away from traffic without sending them onto residential roads.

As for helping fans get around, there are three major methods that authorities will have to prepare for.

Good in the air

All of the cities hosting matches have airports. And smaller airports, such as at Saransk, have undergone renovations to prepare for the World Cup. Moscow itself has three major airports, the largest of which sees 30-32 million passengers per year (87,000 per day), a little less than half that of London Heathrow. This is likely to increase significantly, putting pressure on customs to manage this without significant delay - and without compromising security.

Imaging systems can be used here. According to Abstract Computing, which uses Sony cameras to implement such a system in a major Dutch airport, it is vital that facial detection is used to avoid luggage causing ‘false positives’. The Abstract SCANaLANE system, which has been installed at the Dutch airport since 2010, uses cameras above each of 12 lanes in the airport’s 25m x 50m arrival hall. The cameras look horizontally and run facial detection to count, giving real-time alerts on queue size and time to customs staff - allowing them to add staff, or to communicate delays to those waiting and thus manage frustrations.

Additionally, the rise of biometric passports and automated facial analysis is speeded up with advances in video resolutions and processing power. Sony’s 1/2.3-type Exmor R sensor, which is used in the 4k FCB-ER8300 camera block module, gives better than 8 MP images at up to 30 fps, which allows high-resolution images held digitally for the passport (along with additional biometric information) to be matched to the person standing in front of the camera.

On the right track

As you’d expect for the country that has the Trans-Siberian Express, Russia’s railway network is highly developed, and while it may not be particularly fast, it is comfortable, affordable and punctual. For some of the World Cup’s smaller transfers this is likely to be a key method of transport.

Added to this, St Petersburg and Moscow, the two cities set to host the major matches (the semi-finals, the final and third-place play-off), have metro systems. However, with St Petersburg’s Metro being the deepest in the world, passenger numbers will need to be monitored closely to ensure safety.

One good example of how to do this comes from Paris, where we are working with integrators to recognise and track people through key facial features in a subway network, using 4k cameras placed at key points throughout the station, with cameras linked and software tracking individuals until they are on the train.

This allows the station to evaluate the time it takes to move through the station, and track the number of people entering - with people then asked to wait at safe points in the system if too much traffic is building up. Similarly it would be possible to track football shirt colours and use that knowledge to minimise conflict between rival fans.

4k is essential for this – but it also places significant demands on the system. These are exceptionally demanding applications, requiring not just 4k resolution, but powerful central processing units (CPUs) to process this amount of data outputted, which increases exponentially as you add entry points and crossing corridors.

In Paris, this can be seen at Gare du Nord, which links the Eurostar and the SNCF mainline with two Metro lines (4 & 5) and a connecting hallway to the La Chapelle (line 2) Metro station. In Moscow, several stations link up to four Metro lines, with overground and multiple entry points adding complexity.

But - even with distances being so vast - many will still opt to drive, renting a car after their arrival at the airport.

Russia’s roads are frequently cited as being dangerous. A similar issue existed before the 2014 World Cup in Brazil, where carjacking was rife, accident levels were high and a significant proportion of vehicles would fail compliance tests. In the run up to the World Cup and subsequent 2016 Olympics in Rio, Brazil’s authorities prioritised getting these drivers and vehicles off the road.

To identify dangerous or illegal vehicles, it partnered with FiscalTech to equip their forces with handheld ANPR units that could monitor multiple lanes of traffic and, in real time, capture speed and licence plate data as well as identify the make, model and colour of the vehicles - cross referencing this information with Brazil’s police and vehicle licensing databases to check for stolen, non-roadworthy, untaxed or false-plated vehicles.

The authorities will also be using similar systems to protect the stadia - for example in the run up to the 2012 Olympics in London, NDI Recognition Systems’ pole-mounted technology was used to identify potential threats to high-risk targets. This again combined ANPR and vehicle recognition software to cross-reference the Metropolitan Police and the UK’s DVLA licensing databases and was successfully deployed at the 2012 games. 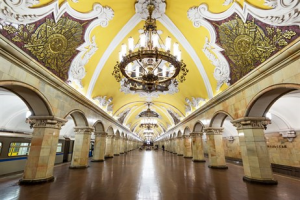 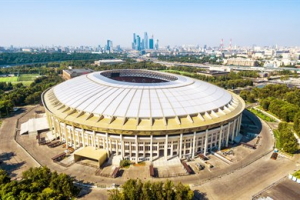