The 8M compatible lens, 4M image sensor (1 / 1.8 type), and ISP all use new devices from Japanese manufacturers. The combination of these three Core technologies provides an overwhelming sense of resolution, and the advanced AF / AE / AWB functions reproduce faithful images even in low-light environments.

A new enhanced optical zoom has been introduced to achieve high image quality from the Wide end to the Tele end and a compact body size.

Combining Sony’s sophisticated proprietary Auto Focus (AF) algorithm with the lens that minimizes focus position difference caused by the wavelength changes, and equipped with IR correction function, the camera can focus on and capture the object quickly at any time, day or night,but especially in dark environments. 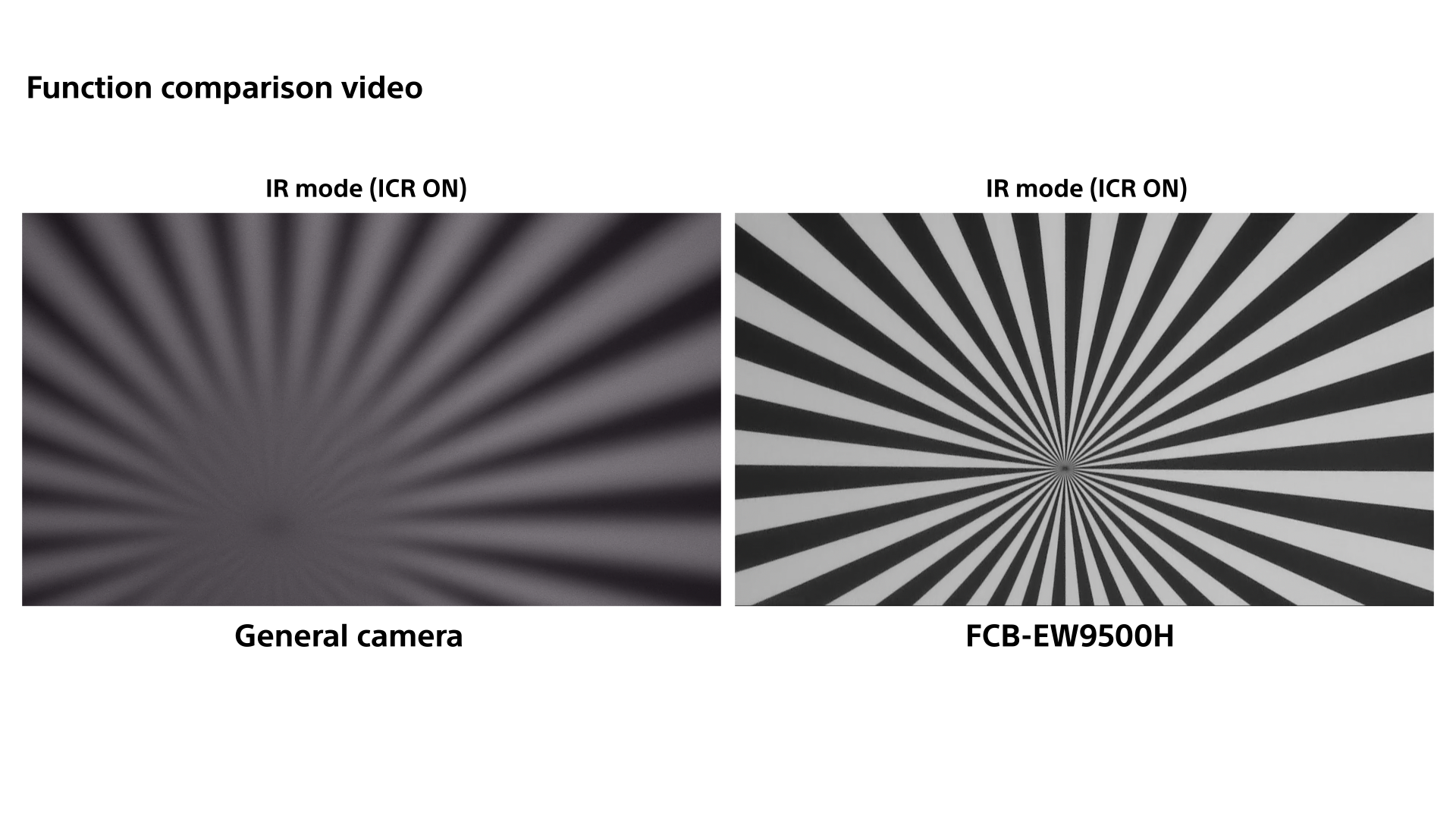 In general, visible light and infrared light passing through a lens has different focus positions. Therefore, a large refocusing operation is required when switching between Color mode (ICR OFF) and IR mode (ICR ON).

However, the camera lens minimizes defocusing, making the refocusing operation between Color mode (ICR OFF) and IR mode (ICR ON) small and smooth movements. In environments with visible light and infrared light in IR mode (ICR ON), both focus points almost match, and a more focused image can be acquired.

These are the simplified images of the physical phenomena only and do not imply quantitative values.

In pursuit of high image quality and a 1 / 1.8-inch sensor, we have introduced a 30x enhanced optical zoom with a combination zoom of an 8M compatible lens and a 4M image sensor. Beautiful images can be obtained not only at the Wide end, but also at the Tele end where the effects of reduced resolution and aberrations are easily visible.

The magnifying effect of the zoom lens and the magnifying effect obtained by narrowing the pixels used while making the best use of the effective pixels of the 4M image sensor are combined to obtain the same effect as the optical zoom. With the 30x enhanced optical zoom, there is no deterioration in image quality at full HD output, and even at 4M output, you can obtain images that maintain a sufficient sense of resolution by combining with a high-resolution lens. 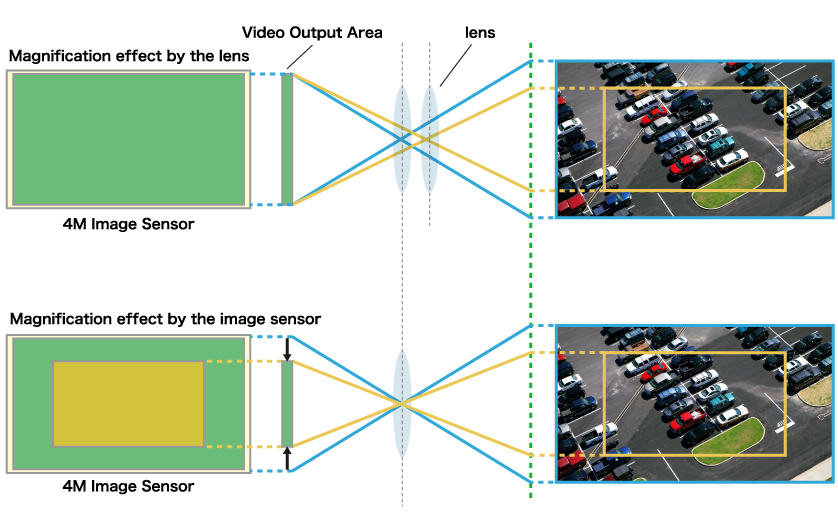 Compared to the 30x optical zoom, the volume ratio is reduced by 45% *, supporting a more compact housing design. 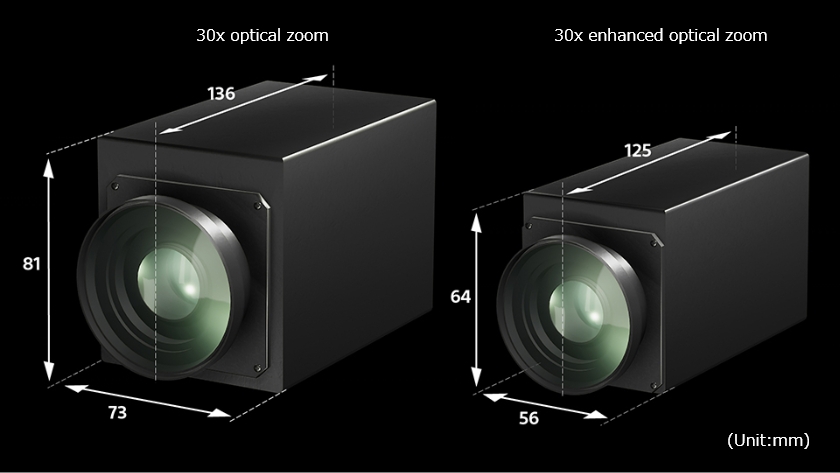 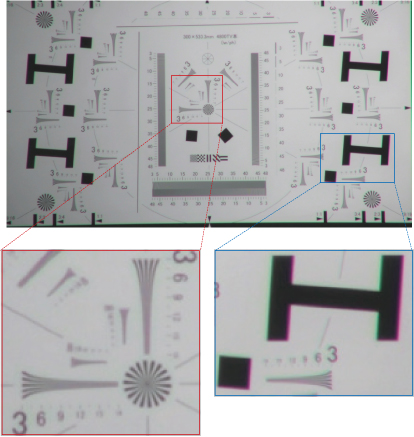 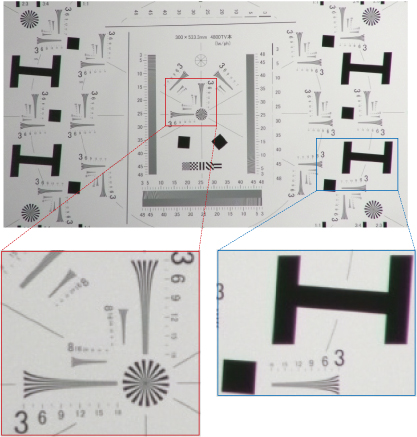 The blur suppression has been greatly improved from the conventional stabilizer function, and high-definition movies with less blur can be shot even in a harsh environment with large vibrations. Equipped with two modes, "Super" and "Super + (plus)" *.

* Can be used in full HD or HD output

This product has a new image stabilization function. A wide correction area is secured by utilizing the mounted 4M image sensor. As a result, strong vibration that cannot be corrected by the existing model and blurring in the rotation direction that cannot be handled by general optical image stabilization * are also suppressed. * Lens shift method 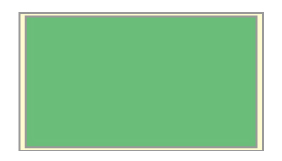 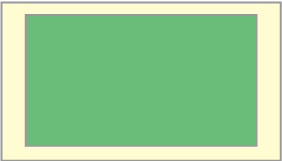 This product is equipped with a gyro sensor, and electronic image stabilization is realized by changing the reading position of the image sensor according to the acceleration information. This allows you to expect a stable correction effect regardless of the subject conditions.

* In some cases, the image stabilization may not be sufficient depending on the vibration frequency and the magnitude of vibration.

Two modes can be selected according to the magnitude of the corresponding vibration. It can be used in a wide range of scenes such as on board, traffic monitoring, on bridges, drones, and automobiles.

Super
With a wider correction range than conventional image stabilization, image blur is suppressed even under strong vibration.

Super + (plus)
By securing a wider correction area than "Super", it can handle severe blurring that cannot be suppressed by "Super".

Jero effect correction
In electronic image stabilization, the image is generally distorted when the amount of blur is large. This product corrects this phenomenon and enables the acquisition of natural images with little distortion.