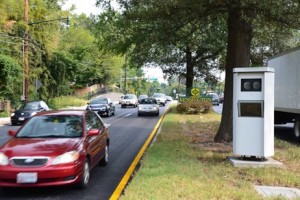 Glare from the sun is a factor in a large number of road accidents – many of them fatal. But there is a solution at hand: using polarisation can mitigate the effect of glare and improve ITS camera enforcement, explains Stephane Clauss.

The effect of glare on driver safety has been well documented. A 2013 UK study by the country’s largest driver organisation, the AA, calculated sun glare was a contributing cause in almost 3,000 road accidents in 2012 alone. This represented one in 33 accidents on Britain’s roads, with 420 serious - and nearly 40 fatal - accidents.

The effect of glare is also a significant issue for automated tolling, traffic monitoring and enforcement cameras.

Multiple academic papers have shown the efficacy of automated speed and red-light violation cameras - not just in terms of cost, but from a road safety and operational perspective. Indeed, a 2017 paper by Qatar University and California Polytechnic State University studying red-light violations showed that at high-volume intersections (≥535 vehicles per hour) in Qatar the violation rate at intersections without cameras was over 250% that of ones with – even though fines are severe and can reach $13,699. Highlighting the safety implications of this, a 2015 study by the US’s Insurance Institute for Highway Safety showed red-light running was responsible for 697 fatalities and 127,000 injuries in 2013 in the US alone.

The technical capabilities of cameras have improved to the point where they can capture not just automatic number plate recognition (ANPR) data, but automatically identify the colour, make and type of vehicle and cross-reference it against vehicle and criminal databases. However, glare means it can still be hard to identify the driver, therefore limiting prosecutions. As a conference paper presented by a Dutch team at 2013’s Four Continents Conference on road safety put it: “Due to, for example, lighting conditions, glare, coatings on car windows or intentional obstruction, the recognisability of the face of the driver on an evidence photo may be difficult. This reduces the prosecutability rate of the registered violations. Processing rejections if the owner was not driving also adds to the operational workload.”
ZOOM
Vision - Sony XCG-CP510650.jpg
Sony's XCG-CP510 is among the first camera modules to integrate the new class of polarised sensor
As the paper also highlights, proving driver liability is both “labour intensive and operationally costly”, meaning that prosecutions can’t always be pushed through. Indeed, data published by the German state of Baden Württemberg said that for the region, two out of every three violations captured by an automated camera system were stalled due to an inability to identify the driver - and while this data set includes both foreign vehicles and motorcyclists it points to the scale of the problem.

And the incentive to lie about who was driving, or be forgetful is high, with internet motoring forums advising that you remain unhelpful. This was particularly brought to light in 2013, when the British MP Chris Huhne and his wife were jailed for transferring speeding points 10 years earlier to avoid a driving ban - a lie which only came to light following the breakdown of their marriage.

Despite this, the significant economic, operational and road safety benefits of implementing automated camera systems over manually operated ones have led to a significant rise in adoption for both tolling and enforcement applications - in both developed and emerging economies.

Added to this is the recent ramp-up in the use of dash cams - both by individuals and for insurance companies who want to minimise their liability. Indeed, many insurance firms now offer discounts for this.

And again, glare is an issue, with multiple videos on YouTube showing huge blind spots. The issue of glare is particularly problematic during autumn and spring, because the sun is low during rush hours. This is when the AA reported that collisions caused by glare would be most likely, stating that head-on crashes with lorries nearly quadrupled in twilight conditions.

Glare can be eliminated by the use of a polarisation filter. These traditionally work by aligning a series of narrow slits in a filter, with only light in parallel to the angle of these slits able to pass through.

This approach is used in several industrial applications, with a pair of polarising filters used - one creating polarised light source and one aligned to a specific orientation. While cameras could be equipped with a polarising filter to eliminate windshield glare and identify the driver, this approach can only be used in highly-controlled environments. And the nature of ITS applications - with changing light levels, sun position and windscreen angles - would make it essential to have multiple filters and cameras, adding significantly to the cost of implementation.
ZOOM
Vision - pixels.png
The new class of sensor uses a repeating 2x2 pixel calculation unit to capture light in four planes of polarised light.

In September, Sony launched a new class of sensor, the IMX250MZR/MYR, that brings the filter onto the chip itself. By integrating a four-directional (40°, 90°, 135° and 0°)wire-grid polarisation filter below the on-chip lens, each pixel can be assigned an angle of light, ordered in a 2x2 calculation unit. This outputs 5.07 MP images (creating 4 x 1.27 MP images in each plane). The sensor can then use the intensity of each directional polarisation to calculate the direction and the degree of polarisation.

Among the first industrial camera modules to use this sensor for ITS applications is Sony Europe’s Image Sensing Solutions’ XCG-CP510. This uses the GigE transmission standard, used predominantly in ITS applications, to deliver these 4x1.27 MP monochrome images at 23 fps.

The safety benefits of traffic enforcement cameras have been well documented. However, the effect on driver behaviour can only remain high if drivers believe they will be caught and fined at an appropriate level. The effect of glare on the ability to identify the driver means - particularly at this time of year when the sun is low during commuting hours - the perceived fear of being captured reduces in line with prosecutions. This new evolution of sensor and camera technology can change this. 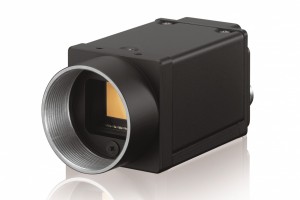 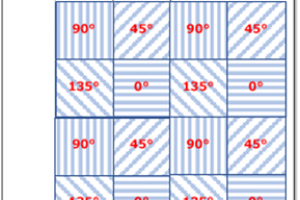