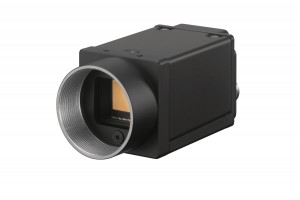 This is Sony’s (and the industry’s) second SDK for polarised cameras, with the first (for Windows) cutting development time for systems integrators by more than 75 per cent.

The XCG-CP510 uses the IMX250MZR sensor, the industry’s first to integrate polarisation functionality at the pixel level, to extract image data in 4 light planes – 0o, 90o, 45o, and 135o – with pixels assigned a plane in a 2x2 calculation unit and Stokkes Vector used to calculate the exact angle of light.

“The development and release of the SDK followed requests from customers who were looking to develop small, lightweight applications that could be deployed in, for example, drones”, said Sony ISS’s Arnaud Destruels.

“As we did with our original polarised SDK, we’ve continued to work closely with industry to identify the key functions and created highly-optimised image-processing algorithms that can be run on the Nvidia Jetson computers. So, depending on the application and the team, our SDKs reducing development from around 6, or even 24 months, down to 6 to 12 weeks.”

The SDK’s ‘Cosine fit’ allows the developer to define a virtual polarizer angle for the whole image and the ‘Average’ function creates a non-polarised image from the raw data to simultaneously export what a standard machine vision camera would see for comparison.

These functions’ algorithms have been optimised for accuracy and high computing to enable its use in real-time inspection.