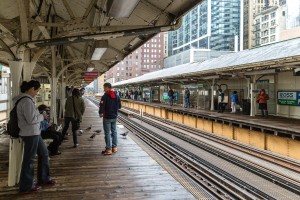 Security has become an increasingly important part of managing transport networks: be it a metro station with miles of interconnected tunnels or an airport with passengers running between terminal buildings.Being able to track people and objects as they move through these structures is an essential part of keeping staff and passengers safe, but having a solution that monitors the perimeters is also important. This was well highlighted by the 2018 drone attacks on Gatwick Airport, the UK’s second busiest, highlighting the disruption that can be caused if surveillance isn’t wholly reliable with nearly 1,000 flights disrupted.

Security has become an increasingly important part of managing transport networks: be it a metro station with miles of interconnected tunnels or an airport with passengers running between terminal buildings.

Being able to track people and objects as they move through these structures is an essential part of keeping staff and passengers safe, but having a solution that monitors the perimeters is also important. This was well highlighted by the 2018 drone attacks on Gatwick Airport, the UK’s second busiest, highlighting the disruption that can be caused if surveillance isn’t wholly reliable with nearly 1,000 flights disrupted.

On top of this is the need for cities to manage public highways - understanding how traffic moves and alerting to potential risks, or illegally used vehicles - and to protect cycling infrastructure from vandalism.

Having access to high quality video is not just a matter of security. It also proves crucial following accidents / incidents, giving a vital management tool in an emergency to provide up-to-date information for the smooth running of these transport networks.

In particular, it is important when an event brings an influx of people into a city / country - for example during a global sporting event such as the 2019’s Rugby World Cup which took place in Japan.

We’ve written previously about how vision technologies can be deployed to manage this process for such sporting events (see here). But what is at the heart of a good surveillance system to secure in-building and perimeter locations? And what are the design principles when monitoring highways infrastructure such as bridges and motorway and city road networks; be it to cope with an influx, or manage the daily flow of people through a city?

Image 1: The metro system of Chicago typifies the challenges imaging systems must face: extremes of heat (over 40oC) and cold (below -20oC) as well as high wind speeds, all while monitoring an elevated rail network in what is known as “Windy City”

The underlying principles for outdoor monitoring

For this article we will be using the example of Sony Image Sensing Solutions’ FCB-EV7520 block camera; this is at the heart of many security and traffic monitoring systems and integrates functions such as image stabilisation and dynamic masking capabilities as headline features as standard. Additionally it uses a Exmor R CMOS sensor that delivers full HD (1920 x 1080 / 60 fps) digital images, which are outputted over Ethernet using the H.264 video codec to compress data efficiently.

But these are not the only features sets that should be considered. Here we look at the nine key elements that any outdoor surveillance system should consider:

1) Image quality is about more than the sensor

Be it the ability to track people through a metro system’s tunnels, understand potential threats in an airport (for example unattended packages or luggage), track vehicles through an area, or even find a lost child in common with all these applications is the ability to generate high-quality images.

But image quality is down to much more than the sensor. A holistic approach to module design is essential in creating features that allow a system to cope outdoors, for example the low-frequency vibrations that come if it is mounted on a moving vehicle (eg a train), on transport infrastructure (eg a bridge) or a structure affected by wind (eg a pole).

Like in the FCB-EV7520, built-in image stabilisation can be used to counter these effects. Similarly, the module includes a StableZoom feature.

Ambient lighting can change significantly, and a module will need to cope with this.

LED lights can be used to provide illumination. However, if these fail, or if these aren’t used, it’s essential to have a high-sensitivity sensor. As an example, the FCB-EV7520 is able to operate down to 0.35lx. However, use in low light levels will create secondary problem: noise. A camera module should therefore include a 2D/3D noise reduction filter and an auto day/night mode to deliver better images around the clock.

Additional functions to further improve image quality in outdoor conditions include: pixel-level visibility enhancers (such as a haze level detection to automatically compensate) or a de-fog feature, which gives clearer images in misty weather conditions.

Once you have the images, the ability to analyse the data efficiently is the next crucial step.

This requires the seamless integration into an organisation’s network, sharing feeds between relevant departments and (where necessary) police and security forces.

It is therefore vital that the camera is able to easily connect to a digital (Ethernet) network and send a video feed to be monitored and stored. Using digital standards also gives the option of securely streaming the video feeds over an IP connection for remote monitoring.

4) But ensure interoperability through an open standard

Higher-quality imagery for monitoring and storage can be gained by using multiple streams of data - in the case of a number of cameras using Sony’s FCB-EV7520, two full HD streams can be created to give faster, more reliable identification of issues or threats across an airport / metro network site, and allows the operator to zoom in for detail while another stream is being recorded.

Similarly, if a lower resolution is acceptable (for example, 720p), the camera can provide four separate streams that can be viewed in different places also using motion JPEG (MJPEG) technology.

This combination moves effective, efficient video surveillance out of the security office and across, the whole airport or metro system. And being digital, video from cameras can be streamed to smartphones and tablets, allowing both security and management staff to access live video streams as they move around a facility to tackle an incident.

6) The lens is as important as the PTZ system in creating a responsive, fast-moving system

The need to track objects as they move quickly or rapidly switch to new areas to examine items is vital in such a system. Using a fast pan, tilt and zoom function capability, coupled with the FCB-EV7520 30x zoom lens and a maximum aperture of F1.6, allows an operator to get bright, well focused clear images, fast.

7) Image quality cannot be affected by the weather

Being outdoors, these systems are subject to the vagaries of weather. This means a wide operating range for both humidity and temperature.

Our customers deploy cameras in climates as diverse as Brazil’s and Russia’s, which not only has extremes of heat but downpours (in Brazil) and snow (in Russia). To solve this a range of technologies have been developed, with even a wiper system used to ensure that the lens is unobstructed all year round.

Security systems are also prone to attack, with it being common for cameras to be moved away from an area of interest. A dynamic control system prevents this from happening and ensures the camera will always point in the required direction.

European law now stipulates that monitoring cannot be gratuitous and privacy zone masking is therefore an essential feature, especially for perimeter cameras which may capture areas in public streets.

This should typically be built into the module.

The move to digital camera technology brings a wide range of benefits to the security and management of transportation networks and this will prove increasingly vital.

Implementations of such camera systems around the world have enabled staff, for example in airports, to more quickly and easily access multiple streams of high-quality video from cameras across the site, from the perimeter through the terminal buildings. And this improves the management of such sites, helping to boost the security even further. With fast response and 24/seven operation in all weathers to give the airport and facility operators even more confidence that they can spot and respond to threats and incidents as quickly and efficiently as possible. 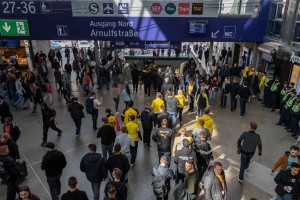