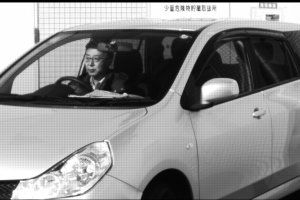 Sony Europe’s Image Sensing Solutions has announced the completion and availability of a windscreen glare-removal application for ITS applications via the XPL-SDKW software development kit for its XCG-CP510 polarised camera modules.

The application, which was previewed at Vision 2018, has been created for to improve road safety through ITS enforcement and tolling applications, for example tracking seatbelt and mobile phone use; or more reliably identifying a driver caught by speed and red-light cameras.

Arnaud Destruels, Marketing Manager, Sony ISS commented: “Cameras have been shown to deter dangerous driving habits, yet glare significantly limits their effectiveness. We believe the availability of this application within the polarised camera SDK will help reduce risky behaviour and therefore save lives.”

Recent studies have shown a strong link between camera presence and driver behaviour.

A 2017 paper looking at drivers in Texas reported a 37% drop in crashes from running red lights after the installation of cameras took place. This mirrors 2017 research on Qatari driver behaviour, which stated that the presence of cameras correlated with a 60% reduction in red-light violations at high-volume intersections. In 2006, a US study showed camera installations correlated with a 67% reduction in accidents.

Official US Government data suggest speeding and failure to obey traffic signals respectively accounted for 16.9% and 4.0% of all fatal accidents in 2017.

And image quality is affecting the ability to prosecute, with a 2017 paper reporting data from the German state of Baden Württemberg that said “two out of every three violations captured by an automated camera system were stalled due to an inability to identify the driver”.

The XCG-CP510 is the industry’s first polarised camera to feature an SDK. It is based on Sony’s newly developed IMX250MZR global shutter CMOS sensor, which uses monochrome quad polarised filters to capture polarised light in four planes.

To extract the best-possible image from the Sony sensor, the design of the XCG-CP510 module has been optimised by Sony’s industrial camera engineers and outputs 5.1 MP polarised B/W images at 23 fps, transmitted over a GigE interface.

The small footprint of this cubic camera also includes multiple trigger modes: edge detection, pulse width detection, bulk trigger, sequential  trigger, free set sequence and a burst-trigger function. Additionally the module can be fired via hardware or software triggers or via the IEEE1588 precision timing protocol, with the unit capable of acting as either a slave or dynamically assigned master device.