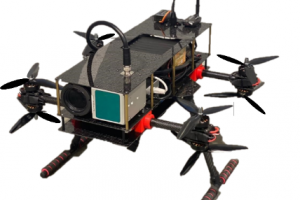 Headquartered in Glasgow, Scotland, Quantum Aviation specialises in developing technology for airspace security. It has various defence and government agency customers - providing protection to critical infrastructure (such as oil refineries, airports, etc.) from potential aerial threats. The company was founded by Martin Lanni (CEO) in 2013. Marco Boldrini, Product Manager at Sony ISS, talks with Martin and Quantum’s CTO Will Robley about their most recent counter drone solution - the Raptor AI-driven tactical coaxial quadcopter.

MB: First can you tell us about yourselves and what made you found Quantum Aviation?

ML: Having formerly served in the military, we have gained an intimate knowledge of the complexity of the air environment and its various unique challenges. Before forming the company, we had been involved in safeguarding the London 2012 Olympics against potential air-based terrorist acts, as well as having planned and delivered numerous aviation projects across the globe. With there being an increasing risk of attacks enabled by the use of drones and similar methods to deliver malign effects, we saw there was a real need for our expertise.

WR: At the request of the UK Home Office, Quantum Aviation provided strategic advice in relation to preparations for the upcoming FIFA 2022 World Cup in Qatar, which reinforced the need for critical infrastructure to be able to field a viable counter drone capability. Now we are starting to establish ourselves as a manufacturer of specialist drones, with Raptor set to serve as our flagship product. As well as leveraging the valuable application knowledge that we have gained, Quantum Aviation also benefits from a talented team of dedicated software and robotics engineers. Furthermore, we take a through-life approach that means, on top of the technology we provide, customers are supported across the entire life of their projects.

MB: What is the objective of the Raptor project?

ML: Raptor is a countermeasure to mitigate the threat from a drone attempting to disrupt or damage infrastructure or operations. After a threat is identified by its operator, Raptor detects and tracks its target and when commanded, launches to commence an autonomous interception, to neutralise the threat. Each Raptor contains a powerful graphic processing unit (GPU). This takes the acquired image data and then applies a convolutional neural network (CNN) algorithm that our team have constructed to it. The GPU needs to be supplied with the highest quality imaging data. After being introduced through supplier OEM Automatic, we started to have in-depth discussions with Sony about using its camera technology to provide this data.

MB: Which other solutions had you looked at before choosing Sony’s FCB-9500?

WR: So we had carried out extensive trials on numerous COTS machine vision and higher-end drone cameras. It was clear though these would not give us the levels of performance we needed. This was why we engaged with Sony.

MB: Which FCB-9500 camera type are you utilising, with what interface?

WR: We selected the latest EW9500H, because of its HDMI output, which makes it perfect for our needs.

MB:Was it the camera’s high dynamic range and low light capabilities that were particularly important for this application?

ML: Yes, its ability to deal with the low light levels, plus its high resolution, were definitely the key attributes for us. The extent of the zoom was also pivotal. The Raptor needs to be able to rapidly determine the nature of fairly small targets from long range. These types of drones may only be 0.3m or less in width, and may be at distances in excess of 300m. Getting a positive identification is absolutely critical, so we could not afford to compromise on the image data that the camera was providing to the GPU. 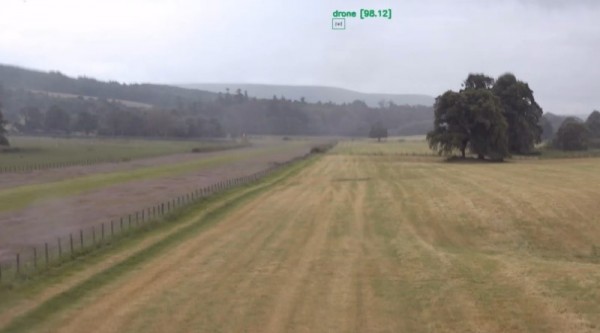 Caption: Drone being tracked by the Raptor’s FCB 9500-based vision system

MB: As well as performance, were space and weight important factors when you were looking at which camera to specify for this design?

WR: The overall weight of the Raptor unit is 6kg. It must be portable enough for a single person to comfortably carry, so use of relatively lightweight constituent parts was clearly going to be beneficial. Another challenge was fitting everything into limited available space, so having a camera that was compact enough without there being any performance trade-offs was certainly important too.

MB: What other parameters made the FCB-9500 appealing?

ML: The ability to fine tune the set up to exactly meet our specific application requirements was a real advantage for us. This was something that Sony could offer us, but other vendors’ solutions were unable to support to a similar extent.

MB: What else set Sony apart from the other camera vendors that you considered?

WR: It was the people that really made the difference for us. The level of technical and application support that Sony’s staff have given us has been exceptional. It continues to exceed our expectations and has been a significant contribution to the success of the Raptor project. We have been able to count on round-the-clock interaction with Sony engineers, sometimes going late into the evening if we were performing field trials. The exchange of information over the last 6 months has helped us to get the project completed on schedule, and also provided feedback to Sony to help them finalise their beta testing.

Quantum Aviation’s Raptor is now going through the final test stages, with its commercial release expected before the end of this year.

More information on the FCB 9500

Highly optimised for UAV deployment, Sony’s FCB 9500 cameras have elevated sensitivity levels, with a 50dB image signal to noise (S/N) ratio. This means they are applicable even when illumination is at its most challenging. These cameras utilise the company’s 4.17Mpixel 1/1.8-type STARVISTM CMOS image sensor devices. An anti-reflective coating ensures that the clarity of captured images is always maintained. Thanks to their sophisticated image stabilisation functionality, blurring is suppressed even in situations where there are heavy vibrations involved. 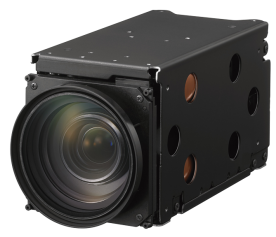 These advanced camera blocks feature a 30x enhanced optical zoom, as well as a 12x digital zoom. They have a compact form factor (with 56mm x 64mm x 125 mm dimensions) and weigh only 439g. Drawing just 6.3W of power, they are highly suited to battery powered application scenarios. A -5°C to +60°C working temperature range is supported, and this allows them to be used in even the harshest of operational environments. 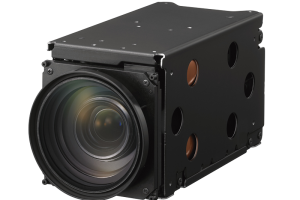 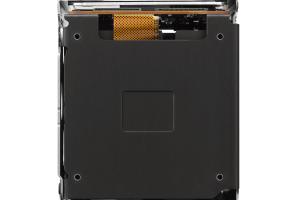