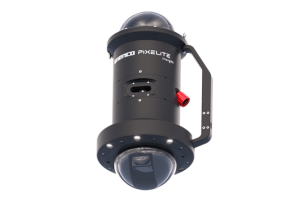 Fish farming will play an essential role in addressing increasing global food demands. As a worldwide business, it is currently experiencing a compound annual growth rate of close to 6%, and Allied Market Research predicts that it will be worth $378 billion by 2027. Consequently, these operations need to ensure the quality of their fish stocks to maximise yields and profitability levels. To do that, they must have access to advanced observation systems.

Imenco is a Norwegian company that specialises in subsea engineering. The equipment that it develops is employed in a variety of different applications, including the remotely operated vehicles (ROVs) needed for oil exploration work. Another core sector served is aquaculture - with many fish farms throughout Northern Europe relying on its video imaging technology.

In early 2021, the company began working on its next-generation aquaculture monitoring solution - Pixelite. This would represent a significant upgrade on the previous solution, with numerous key performance parameters needing improvement and enhancement. Importantly, this would offer the fish farming industry the first system of this kind to offer 4K video capabilities. 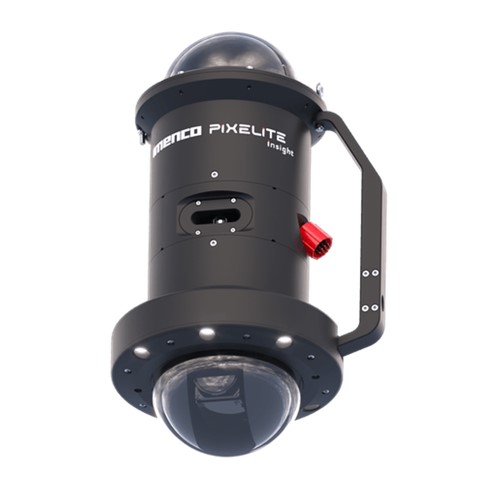 Through it, in real-time, fish farm operators would be better able to carry out several different essential tasks to ascertain how healthy their fish stocks were. Among these would be checking for fish skin disorders on the scales of the fish and examining their feeding patterns, movement, and general behaviour. Feeding patterns and fish appetite are analysed by detecting and counting food pellets from the high-resolution images. Pixelite also looks for damage to nets and counts the number of dead fish at the bottom of the nets (so that they can be periodically removed).

The Imenco design was for each Pixelite unit to feature a pair of pan-tilt-zoom (PTZ) cameras enclosed in a heavy-duty waterproof housing. These units would be attached to a winch mechanism that would allow them to be moved horizontally and vertically so that different areas including nets could be thoroughly checked.

If it were to be successful, Pixelite would need to provide high quality video streams in what were sure to be tough conditions - Imenco had to select the right supplier. Having already built up a strong relationship with Sony over several decades via some of its other divisions, Imenco’s aquaculture team started discussions about utilising Sony cameras in the Pixelite project in the late spring of 2021. One of Sony’s Scandinavian distribution partners shipped them a prototype of the FCB-EW9500H 4MP camera with HDMI output in June (ahead of its official release) so that initial testing could be undertaken. Though Imenco had been looking at cameras from other suppliers, it soon became clear to their technicians that this option offered properties that set it apart.

First on the list of criteria that Imenco had, was the image quality that the system would deliver remained high, even when light levels were particularly low. The camera units would be operating at depths of 50m or more below the water surface and have minimal illumination. Also, it should be noted that many fish farms are situated in the far north, with shorter daylight periods, exacerbating the problem still further. 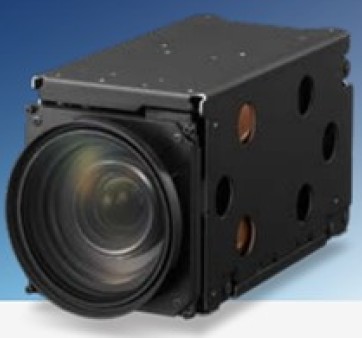 Looking for winter skin ulcers on the fishes` scales and detecting the food pellets from the images meant that very high resolution would be called for. In addition, industry-leading zoom capabilities were going to be needed. The delivery of stable video images was another priority, as the movement of the fish and of the water had to be dealt with. The solution had to exhibit very little lag. Finally, long-term reliability was critical. Imenco needed cameras that would keep on functioning despite the challenging working environment in which they were located - so that their customers weren’t inconvenienced by having to repair or replace units.

The FCB-EW9500H camera employs a fourth generation STARVIS™ CMOS image sensor, which comes in a 1/2-inch format. The unique pixel design employed has resulted in heightened quantum efficiency figures, meaning that a large proportion of incident light can be captured. Furthermore, the low latency of this image sensor enables fast updating of video streams. Other attributes of the FCB-EW9500H camera that attracted Imenco would be the 30x optical zoom, allowing close examination of the fish to determine if fish skin damage were present, plus the blur suppression that came with its image stabilisation functionality.

As Imenco’s project manager, Assel Ryspaeva Ph.D. explains; “Other options that we’d considered just couldn’t match the low light capabilities that Sony were able to achieve, and this was what really gave their cameras the edge. Because of this, and the other performance benchmarks they set, we were able to achieve all the objectives we’d defined at the start of the project. Also, the effort they put into supporting us during the testing made a big difference.”

Having specified the FCB-EW9500H, the next stage was to fully optimise it with Imenco’s application requirements. Working closely with the client, Sony staff carried out fine-tuning on the camera to obtain the best possible results - aligning it with the light characteristics of an underwater environment, finding the best colour balance (to get a more accurate representation of the colour of the fish), fully enhancing the focus, etc.

The help that was given to Imenco would go beyond the camera itself and cover the whole system design. Imenco engineers worked with the VISCA camera control commands that Sony uses with its FCB-EW9500H. That facilitated interfacing, with camera, presets from FCB software being incorporated into the Imenco Insight software package - which released to accompany Pixelite.

The data captured by the Pixelite units would have video compression technology from Sony partner Z3 Technologies applied to it, thereby enabling conversion into a simple IP video stream. Another Sony partner, Overview Ltd, took responsibility for producing the motors used for the PTZ movement.

“Access to the Sony ecosystem was another huge benefit for us. It enabled our team to substantially accelerate the development process,” Ryspayeva continues. "For example, Overview’s digital motors were accurate and very easy to integrate too.” 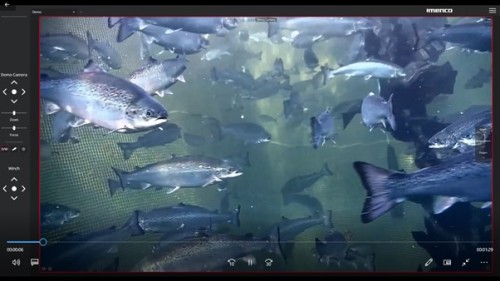 With the initial results being very positive, additional FCB-EW9500H samples were then supplied later in the summer of 2021. Extensive testing was completed by November, covering the Pixelite camera units plus the Imenco Insight software system. Both products have now been launched onto the market, and Imenco’s customers are currently in the process of doing trials. It is expected that the first large scale deployments will be seen in the next 3-4 months. 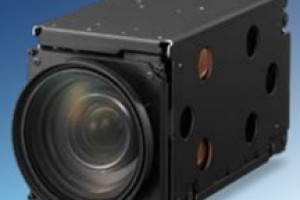 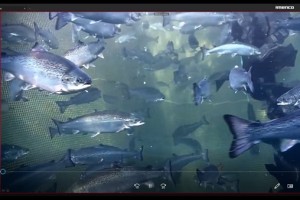